How to Start a Conversation 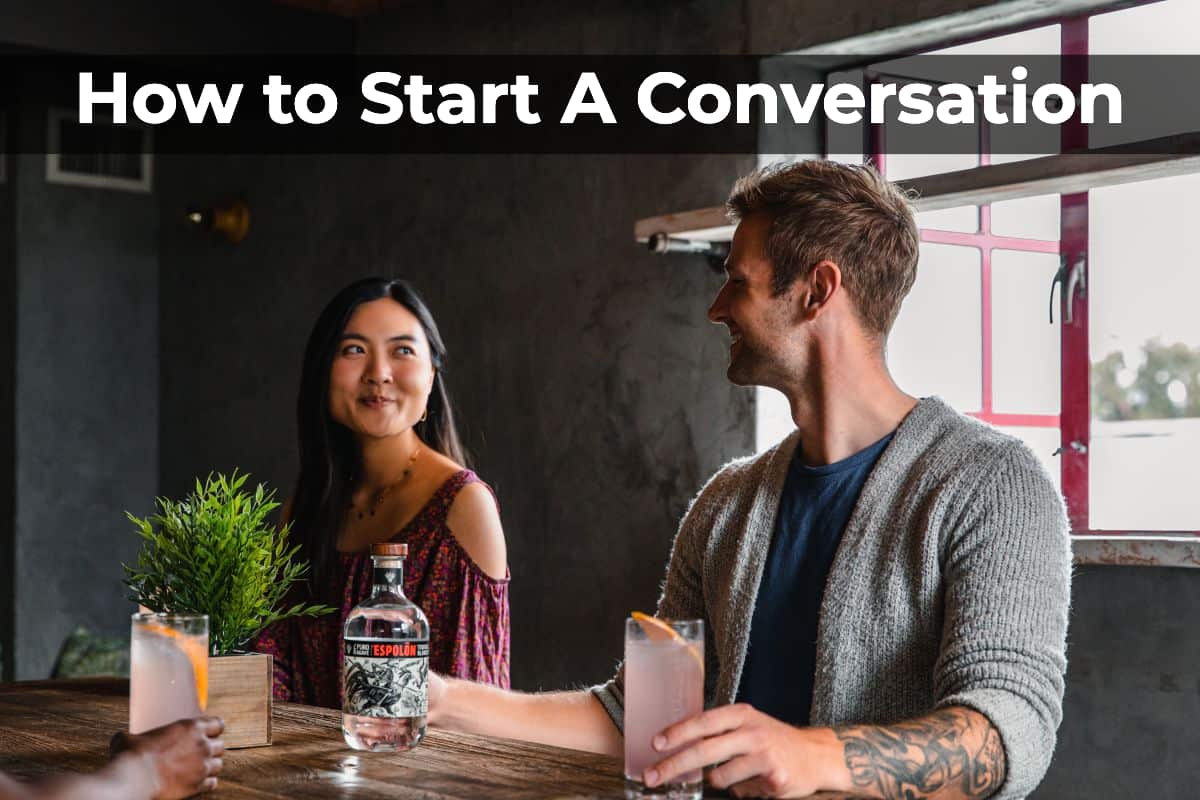 We believe learning how to start a conversation is an investment that, unlike financial capital, is often overlooked. However, it is critical for professional success because it leads to networking, which is a surefire recipe for success in the business world.

Thus, your conversing abilities hold more value than all the other assets in your portfolio. But like all assets, building them up requires attention and effort. And this is precisely what you are here for.

Before we discover the art of conversation, remember the quote,

“Networking is your net worth”- Tim Sanders.

And there is no networking happening if you are not at least decent at starting conversations. But if you are not, these tips can still help you break the ice and grow your network.

When Learning How to Start A Conversation – Don’t Rush

Keep it steady. Whether you are meeting a new client or trying to settle into a new job, the ability to network and build relationships is critical but should never be rushed. To make your conversation meaningful, go for polite yet engaging starters (not the main course). Your approach shouldn’t feel like an obligation!

Nothing could be further from the truth. On the contrary, small talks are great conversation starters. They can be mundane but are not trivial. A conversation starter doesn’t always have to be deep and meaningful. You can start with anything. The topic choices are limitless; just be personal and resort to weather as the last option.

Stop Being a Perfectionist

You don’t have to act smart in your first interaction. In the beginning, what you say isn’t important (in terms of the overall value). Instead, it’s the ice that you have to break before going for a long, insightful talk.

The best conversation starters are just a simple way to signal that you are open to social interaction. No rocket science here!

Start a Conversation Without A Cue

Are humans naturally inclined to talk?

We think not, especially Gen Z, who are happy with their mouths zipped.! So if you are going to wait for a signal to begin conversing, then it’s futile. Remember, no one is going to prompt you to begin. You just do it (Nike has gotten it right). Let your instincts guide you, and then go with the flow. Never hesitate as it tarnishes your confidence and adversely affects your delivery style.

People might not give you a cue to start, but their expressions or demeanor can tell you when to stop. So never go overboard with your words. Sometimes your audience can’t explicitly decline your networking approach even if they want to (trying to be polite), so it is up to you to read between the lines.

In short, it’s not just the listener’s duty to pay attention; you as a speaker also have to look around to see whether your words are being appreciated or not. It is amongst the qualities of a good conversationalist to know when to stop trying. Don’t let your mouth run dry on the very first go; speak less but speak quality.

Be Curious And Ask Questions

A great way to start a conversation is by asking a question even if you don’t know the answer. This works in most situations as it reflects your curiosity.

Another effective and natural way to quickly build rapport is by using a cliffhanger. It encourages curiosity and has the person by the ears (literally).

Question The Situation Instead of Questioning The Person

To ease into a conversation, it is always better to ask questions about the surroundings instead of being too direct. You can use the situation for inspiration as it gives us a reason to start talking without being personal, and the chances of offending the audience are nil!

Body Language Is A Must

It’s not just the words that start a conversation. Instead, it’s the whole package that matters. From your body language to the tone of your voice, everything plays a critical role when conversing. You have to help the other individual feel comfortable with not your words but your aura as well.

There is a limit to what words can do, and they are of little use when it comes to enhancing your visual stance. To radiate a positive vibe, you will have to showcase a positive attitude. Try smiling more often (not that plastered curl of lips, rather a more gentle one), and maintain frequent eye contact. Too much eye contact is equivalent to staring, while too little looks like you are hiding something, so balancing is the key.

Conversations and confidence go hand in hand. We know it is intimidating to start a conversation, especially when your audience is new or someone you hold high. But that’s what networking is all about. You have to mingle and that too without hesitation.

It’s not the vocabulary nor the ideas (late-comers) that will lead to the start of your conversation. On the contrary, it’s the power of self-belief that will help you make your mark. So, accompany your words with a posture that radiates confidence, and you are halfway done. (keep language and wisdom for later use)

Give Yourself The Benefit of The Doubt

Most of us fail to start a conversation because we don’t know whether the person we’re speaking with will appreciate it or not. As a result, we doubt our ability to be engaging and lose many networking opportunities. But there is a solution (a non-chemical and non-toxic one) to this dilemma.

Manipulate your brain to believe that the person you want to talk to will appreciate the gesture. Give yourself the benefit of the doubt and dive deep without any safeguards. What’s the worst that can happen? That person will walk away; no big deal, at least you won’t regret it later. Trust us; these minor setbacks are worth the risk as they will often lead to the expansion of your network.

Most people end up losing essential chunks of networking just because they are overthinkers. If you are going to fret over what to talk about, when to talk, and how to start a conversation you might lose the opportunity to speak at all. Even if you do get the chance, your words will lose the charisma to influence.

Overanalyzing never leads to anything good. It is as simple as that. How are you supposed to engage others if your mind is engaged somewhere else? The stress will impede your words and be visible in your body language. So, avoid it all costs.

How To Start A Conversation: Wrapping Up

Before signing off, we would like to give you some food for thought. If you manage to start a conversation, it is an achievement indeed. But remember, you still have to steer it in the right direction. That’s tough! The real deal is to break the seal on your listener’s lips and make them a part of your conversation. If you succeed in encouraging them to join you, then that’s a job well done!

Also, remember that starting a good conversation is an acquired skill – So, extroverts, don’t worry and don’t just stop at the start.